[060202] Where do we find art? And how are our perceptions of art altered when we recognize that an artwork is defined as such by the context and space within which it is placed?

When summoning his first ready-made, and urinal called ” Fountain”, to the status of art, Marcel Duchamp, in 1917, lucidly commented on these questions. The act of placing an ordinary object in a context normally reserved for High-Art was revolutionary for two reasons: first of all, the alleged ”work of art” was an industrial object and by no means an artifact. Secondly, it was not its intrinsic artistic quality, but the simple declaration of Duchamp, as an artist, that made it art. ”Fountain” provoked a shift in the perception of art and the place of art in our society: ordinary objects could under certain conditions, become art. To become art, an object had to make its way in the museum. Art was therefore based on recognition by the institution. The ”place of art” was precisely defined and thus limited to an autonomous sphere.

But society, says art-historian Lucy Lippard, is multi-centered. And, of course, no place is identical to any other. Our sense of identity is fundamentally tied to our relationship to places and the histories they embody. So is the place of art.

With this project in Bergsjön I intend to question the western concept of the place of art as an autonomous sphere. To see and experience art in our society, people have to leave behind their own familiar living spaces and adopt different, sometimes intimidating codes which are those required in the ”art world”. Concepts of what art is are wide-ranging, depending on one’s perception, personal likings and cultural background. The starting point for this project is to consider the place of art in different traditions, seen through the eyes of people with various cultural backgrounds.

I was invited to Bergsjön to meet a group of local artists and activists named BOB, who were considering the necessity of building an art hall for the community. This invitation triggered the thought; is the place of art the same in all societies?

Bergsjön is a traditional place of (im)migration where I would like to collect from 50 people – men and women of different origins – personal memories and thoughts as to where the place of art is in THEIR original culture and how they integrate it in their present lives and spaces, particularly now in a Swedish context. This ambient cultural diversity would be the basis for the renegotiation of the place of art. Collecting the ideas of the inhabitants of Bergsjön about the place of art in their lives is also a means of handing over to them responsibility for shaping their immediate environment according to their ideas. Art is also exercised and present in people’s homes. It’s something universal, included in all the domains of human activity – art, play, cooking, singing, craftworks, gardening. I want them to identify where, for them, art happens.

Language provides us with at least four different terms to refer to spatiality: place, location, site and, of course, space. They are not interchangeable, for each of them reflects a particular concept. According to Heidegger, one lives in a place, which is a concrete entity shaped by man in an attempt to protect himself from nature’s threatening forces. Space, by contrast, is situated on a more abstract level, referring to geometry and control; space suggests infinity whereas the key characteristics of a place, says Aristotle, are its limited territory and subjection to history’s changing contexts. Existing, for humans and things alike, means being somewhere, physically locatable in a precise territory at a given moment. Assigning things to places is a profoundly human activity aiming at creating order and orientation in otherwise neutral and undefined space.

This project for Bergsjön, like my previous works in Dublin, Paris and Botkyrka, once again invokes personal visions that link the actual and the fictional, the imagined and the experienced. It responds to the dynamics of history. It reflects the relationships between places and peoples, between conscious decisions and the semblance of chance. It attempts to work in two modes and in two directions at once. In one mode it questions certain types of historiography, and in the other it pushes the boundaries of both virtuality and reality, reaching for new possibilities.

Today, architecture, but not the artwork, tends to be the main manifestation of the way art museums are semiotically conceived. To allow the individual, artist or spectator, to establish a personal relationship with an artwork is essential. In the dialogue between the work and the artist and spectator emerges a private space within which the experience of art can take place. To let this happen, one needs to spend time with an artwork and make it part of one’s life.

My attempt is to gather possibly diverging ideas about the place of art in different cultures. The contributions by the people of Bergsjön which eventually will suggest new contributions to the existing local elements of their habitat; I will cooperate with students from art and architecture schools to transform the ideas into a model. Eventually, changes will alter existing architecture. Through a process of transforming one’s living space, a visual identity can be created or reinforced. It is necessary for people not only to occupy space in a physical, but also in a creative and therefore artistic way. This will allow them to re-structure their environment according to their needs when performing or exposing art as an active part in their lives.

The participatory aspect is integral to my project: instead of imposing my own, pre-established artistic choices, I want to let the work emerge bit by bit from my interaction with the contributors. To achieve this, it is important to avoid starting from a conceptual viewpoint. I want to create a process whereby the delicacy of human interactions and the ideas emerging from these will form the basis of the new work, new configurations for the place of art. 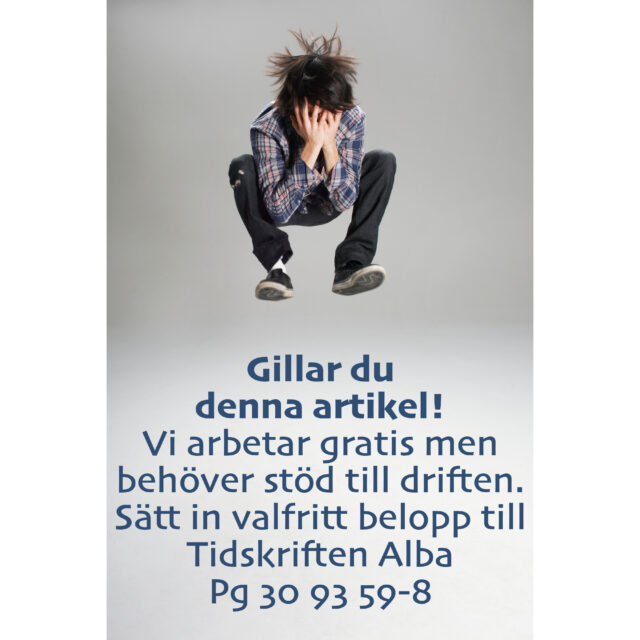